On Thursday, Phil Cory announced his candidacy to oust the current Mayor of Las Vegas by launching his bid to lead the city with his vision of attracting more sustainable and growing business.

As of recent debate, many of the citizens of Vegas have shown their distrust for the current Mayor in her attempt to pass a publicly funded soccer stadium along with current City Council members. This was the initial motivator for others to step in and challenge the incumbent, including her right hand man Mayor Pro Tem Stavros Anthony. Phil saw his opponent’s actions as a mere attempt to further political resumes. Offering business acumen with a focus on tech, he proposes to challenge the voters to consider moving the City forward rather than his opponent’s political careers and legacies.

“I look forward to providing a very colorful, challenging position to this race. I won’t back away from what needs to be said. As the vibrant 40-year-old businessman in this election, my goal is to focus on the real business of Las Vegas and moving us forward by attracting real businesses that will provide a sustainable future for our community. I have a proven track record of building new business on a shoestring and seeing seven figure returns” said Cory.

Several other candidates entered the mayoral race initially, however many of them withdrew upon the Tuesday deadline. Cory’s campaign strongly encourages voters to educate themselves on exactly what each candidate brings to the table and what specific plans they have for the future of Las Vegas.

Cory said: “I know about business and growth. I have a clear Vision for moving Las Vegas forward. In the recent State of The City, our current Mayor mentioned we needed to find a way for Vegas to survive. We are not here just to ‘survive’, we are here to grow and thrive our community. This isn’t about politics or building a legacy. This is about cleaning up this City and going to work to make it the destination of today, tomorrow and beyond. So it’s time to stop all the talk and let’s go to work.”

Mr. Cory plans to focus on his 5-point platform during the campaign, which includes attracting more tech-based companies and start-ups to Las Vegas. He also intends to focus on the recent hot topic of pedestrian safety, which has garnered much attention from so many recent incidents and deaths.

Cory plans to form a Mayoral Task Force and Community Boards to tackle many of the city’s key issues surrounding clean up of substance abuse and gambling addiction as well as human trafficking. Most importantly Cory envisions Las Vegas becoming known as the Friendliest City in an effort to attract more tourism and convention business for the future.

Phil Cory is a successful Las Vegas based entrepreneur and author. He has started several online entities and recently sold his largest to a well-known national brand. He regularly teaches Internet marketing and does consulting for many small to medium sized businesses. He can be reached by calling (702) 675-9605 or by email coryformayor(at)gmail.com . The campaign website is http://www.philformayor.com 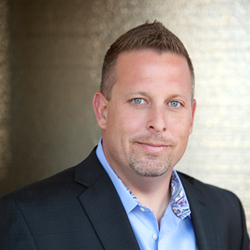