May 14, 2015 Scott Smith
Smith bridges the liberal-conservative gap by offering voters real economic solutions. His replacement for the income tax, known as the FST (Financial Settlements Tax), would lower tax rates for all Americans to one tenth of one percent.

Scott Smith, an independent candidate for the U.S. Presidency, launched his campaign early last month with a series of speeches near Boulder, CO. Smith pledged to eliminate income taxes, balance the budget, and pay off the nation’s debt over a five-year period. A dark horse candidate, Smith is relying on the strength of his solutions to grab voter attention.

The cornerstone of Smith’s platform is the FST, a financial settlements tax of just one tenth of one percent per settlement. Smith proposes eliminating income taxes altogether in favor of the FST. He explains that the economy has changed dramatically since the days when income taxes were first proposed. In the Civil War era, income was the dominant force in the economy. Today, transactions in the financial sector dwarf income, yet they continue to bypass the taxation system altogether.

Smith employs cartoon visual aids to illustrate the difference between financial settlements and income. A small green bucket, labeled “income,” appears beside an enormous tank labeled “financial settlements.” Smith explains that that while the annual income of U.S. citizens totals about $15 trillion, there are over $4,500 trillion exchanged via financial settlements every year. (Financial settlements occur any time money changes hands, including anything from ATM deposits to the sale of stocks and bonds.) “We’re simply taxing the wrong thing,” Smith states.

Smith made recent appearances in high school economics classes, where students voiced their support of his solutions. After one presentation, a teacher asked students to take a stance on the FST by moving to different sides of the room for a debate. Within moments, every student had gathered on the “agree” side of the classroom. “No one disagrees?” the teacher asked, surprised.

The appeal of the FST was reaffirmed at a recent meeting of the Optimist Club in Longmont, CO. “You say you can reduce my tax rate from 35% to one tenth of a percent and balance the budget? I’m all for it. But what about social security taxes?” one member asked. Smith answered emphatically, “The FST taps such a large reservoir that at 0.1% it can replace all personal income taxes, corporate taxes, social security taxes, Medicare taxes, capital gains taxes, and even inheritance taxes.”

“Why aren’t we doing this?” another member asked. “I hear that all the time,” Smith responded. “That’s why I’m running for president.”

In every speech, Smith emphasizes the unifying nature of his solutions. “It doesn’t have to be the way it is today,” Smith asserts. “Our current tax system is archaic and painful for everyone. With the FST you’d keep your hard-earned income, consumer spending would increase, we’d have more jobs, and businesses would enjoy increased profits.”

“My plan is to run a positive campaign,” Smith told a group of high schoolers early last month. “There is nothing wrong with the core values of the conservatives or the liberals. It’s our archaic operating system that pits them against each other. We don’t need to be fighting like this.”

To learn more about Smith's solutions, or to schedule a speaking event with Smith, visit his website. 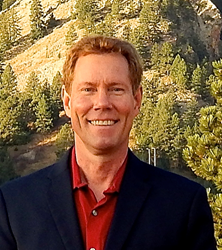