Aug 10, 2015 Art Drew
In a statement on his campaign website, independent presidential candidate Art Drew has stated that his primary goal as a presidential candidate is to rebuild America’s working and middle classes by fighting outsourcing. He pledges to bring back American jobs and rescue America’s workers. (PRWEB) AUGUST 04, 2015 In a statement that questions the truth behind America’s reported economic recovery following 2008’s Great Recession, independent presidential candidate Art Drew has outlined the main priority of his candidacy. He has announced that his main focus will be on creating a real economic recovery as opposed to the “jobless recovery” we are currently experiencing. Mr. Drew states that the unemployment numbers released by the government do not show the whole picture of America’s economy. “There is a much more comprehensive measurement… [that] includes ALL unemployed Americans, including those who are so discouraged about their employment prospects that they have stopped looking for a job, and also includes the underemployed who are looking for full time work but have settled for part time work in order to survive. When all of these people are taken into account, the full unemployment rate for June of 2015 was actually at 10.5%.” This 10.5% is higher than the official unemployment rate at the height of the Great Recession. Drew believes that this “jobless recovery” is a result of government policies that have been put in place over many years. “Our economy has not truly recovered because we have not fixed the problems that led to the recession. The credit crunch was caused by people defaulting on loans, but the reason so many people were relying on credit to make purchases was that the policies of decades of Demo-Republican administrations have devastated the American working and middle classes. Those policies have not changed, and American workers are in a worse condition than at any time since the Second World War, even in this so-called recovery.” Drew believes that the Democratic and Republican parties are beholden to Wall Street interests, and so are unable and unwilling to do anything to correct the situation. “Every Congress and every presidential administration in recent memory has had one goal in mind: increase the wealth of their corporate friends and masters. They have worked to achieve huge tax breaks for corporations and the wealthy while regular Americans have suffered and instituted policies that encouraged major American corporations to move their factories and other facilities overseas. Outsourcing, in particular, has damaged American workers more than anything else.” He believes that his position as an independent will give him the ability to move beyond the pettiness of party politics. “As an independent candidate, I am not beholden to any of the corporate interests that fund the Republican and Democratic parties. Unlike the other candidates, I will be able to work to implement policies that will bring good jobs back home – both incentives for businesses to set up shop here and penalties for corporations who insist on outsourcing. Also, as an independent, I will be able to work with our members of Congress on both sides of the political divide and avoid the partisan bickering that has dominated our federal politics for decades.“ Mr. Drew ends his statement by encouraging voters to join him in his campaign at http://www.artdrewforpresident.com/. 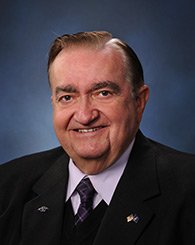