Nov 25, 2015 Fred Kundrata
Retired Air Force Lieutenant Colonel Fred Kundrata Announces Candidacy for the Democratic nomination for U.S. Congress in Ohio’s 1st District. CINCINNATI, OH (PRWEB) NOVEMBER 11, 2015 Answering the “Call to Serve” Today, Veterans Day, 2015, retired U.S. Air Force Lieutenant Colonel Fred Kundrata is announcing his candidacy for the Democratic nomination for U.S. Congress in Ohio’s 1st District. “As a retired Lieutenant Colonel, decorated combat veteran, and former Pentagon staff officer, I have answered the call to serve in the past,” said Kundrata. “Today, as we honor our Veterans, I am compelled to answer that call again to serve the United States and the people of southwest Ohio in the halls of Congress.” Retired Lt. Colonel Kundrata, who is currently an international pilot for Delta Airlines, will be asking the voters in Ohio’s 1st District for their voice and support to replace the extremism that currently exists in Congress. A vote for Fred Kundrata will send a signal to the rest of the country that, despite being in a gerrymandered district, someone like Kundrata, who offers his 28 years of military leadership, can bring a spirit of bipartisanship and cooperation to Capitol Hill for a brighter future for America. Over the course of the coming year, Lt. Colonel Kundrata will work to replace the current Congressman in Ohio’s 1st District and bring about a change toward bipartisan compromise, something that is vitally necessary to move important legislation forward in Washington. Lt. Col. Kundrata said, “We are at a point in our nation’s history when so many members of Congress vote a hard-line on both sides of the aisle, it is nearly impossible to get anything done. We have to start electing leaders such as myself who are able to work with members on both sides of the aisle, standing up for principles, yet able to be respectful and flexible.” “I am concerned about the lives and economic prosperity of the working class, especially those living in greater southwest Ohio. I offer the voters of the 1st District a candidate with high energy, a strong work ethic, and real-world experience of military leadership and small business ownership,” said Kundrata. “Ohio’s 1st District deserves a leader who will make job creation and infrastructure investments a priority for residents and businesses. I am not a career politician. I will not bow to the voices of the special interests of Wall Street and powerful wealthy. I believe I am called to serve at this unique time in America, and that is why I am running to become your next Congressman in Ohio’s 1st District.” Contact: Jonathan M. Hardy, 619-838-0408 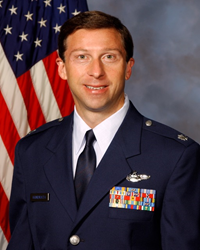