Apr 19, 2016 Clyde Williams
Q1 filing sets up 3-way race for primary election June 28th NEW YORK, April 18, 2016 /PRNewswire-USNewswire/ — NY-13 Democratic candidate, Clyde Williams, reported a strong $202,449 in primary cash, setting up a hotly contested three-way race to replace retiring Congressman Charles Rangel. Williams’ goes into the final 10 weeks of the campaign with a strong primary cash position, second only to Adriano Espaillat. Both have leapfrogged Keith Wright in the all-important primary money race. “These fundraising numbers also reflect the overall dynamics of the race. There is no front runner in this race – and it will be hotly contested for the next 10 weeks,” said Clyde Williams. FEC filings show that Mr. Williams raised $167,020 in the first quarter of 2016, and combined haul of primary and general election funds, reported a total $252,179 cash on hand. Nearly 65% of his donations are from local area donors, Mr. Williams has raised $424,249 this cycle. Williams’ donor list lacks major real estate developers that are common for both Keith Wright and Adriano Espaillat. Questions surrounding sources and motivations for financial contributions have been raised about both candidates. Recently, Mr. Espaillat’s campaign announced it had returned $14,000 from a donor being investigated for corruption – and Mr. Wright’s contributors overlap closely with former Assemblyman Silver, who has since been convicted for corruption. Mr. Espaillat’s filings show he has $225,354 in primary cash on had, while Mr. Wright has just $193,321 left for the primary in June. “Voters are fed up with politicians who put self-interest over the public interest. And my message of accountable, transparent government is resonating,” said Mr. Williams. “I have a clear path to victory, and the financial resources to win the race.” Williams has also already received a number of local and national endorsements, including IATSE Local One. Other endorsements include Former Senate Majority Leader Tom Daschle and Former New Mexico Governor Bill Richardson, who chaired the Congressional Hispanic Caucus. Contact: Aziz Nayani Clyde Williams for Congress 2016 678-357-6682 aziz@clyde2016.com Clyde2016.com SOURCE Clyde Williams 2016 Related Links http://www.Clyde2016.com 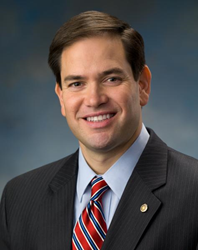