FAR HILLS, N.J., May 23, 2017 /PRNewswire-USNewswire/ — On January 17 of this year, Lieutenant Governor Kim Guadagno made it official – she is running for governor of New Jersey. Now, one of the state’s leading business executives, Tom Maoli has announcing his support for Guadagno’s run. Maoli is the owner and dealer principal of the Celebrity Motorcar Company. With six dealerships in northern New Jersey (plus a Mercedes Benz dealership in Westchester, New York), Maoli employs hundreds of people. “From what I can see, only Kim Guadagno has the experience and ability to restrain the growth of state government. A growing government, and more red tape, will threaten every business in the state and the livelihood of thousands of hard working New Jerseyans.” Guadagno is New Jersey’s first ever Lieutenant Governor, an office she has held since 2009. She also serves as the state’s Secretary of State. Prior to being elected to her first statewide office, Guadagno served as a former Assistant United States Attorney for the Eastern District of New York and the District of New Jersey. She was also deputy chief of the United State Attorney’s Office’s corruption unit from 1994-1998. During her tenure there, she brought successful prosecutions against both Republicans and Democrats. Maoli states, “As a candidate for governor, Guadagno understands what is needed in New Jersey for business and the people of this state, and she clearly has her priorities in order.” She has called for cuts in property taxes and has promised to veto any tax increases. She notably fought Governor Christie’s decision to raise the gasoline tax by 23 cents a gallon last year. She has also called for a property tax “circuit breaker,” which will impose a five percent ceiling on the school portion of New Jersey homeowners’ property taxes. She has also promised to renegotiate the state’s pension and health benefits to ensure that state workers receive pensions that are equivalent to the private sector. “Kim is the real deal and the best choice for this job. I’m sure when the people of New Jersey get to know her, they’ll see cares about the people of New Jersey, families, and she is beholden to no one but the tax payers. Most important, she is the best answer to the state’s economic health and future.” In addition to his automotive empire, which includes Whippany based Lexus of Route 10, Alfa Romeo of Morris County, Maserati of Morris County, plus BMW Springfield, Maserati of Bergen County, and Mercedes Benz of Goldens Bridge, New York, Maoli also has major real estate holdings in the state. He is recognized as a philanthropist, most recently, donating his Alnwick Hall abbey to the Women’s Association for Morristown Medical Center to be this year’s host estate for its “Mansions in May” fundraiser. He also recently sponsored Tony winner Melba Moore’s appearance at Montclair State University to headline its annual benefit concert for Autism New Jersey. Maoli’s involvement in politics is not new. In 2009, he was a member of the Executive Finance Committee for the New Jersey Governor Chris Christie. In 2015, he was named to Governor Chris Christie’s Presidential Leadership team, and, last year he joined then candidate “Donald Trump for President” presidential run and then transition fundraising. Following that, Maoli served on the president’s transition team. Now that his enterprises have expanded to New York, Maoli also recently endorsed Richard “Bo” Dietl, who is running for Mayor of New York. Contact: Larry M. Weiner, APR, Fellow PRSA lweiner@larrymweiner.com 201-674-8247 SOURCE Tom Maoli 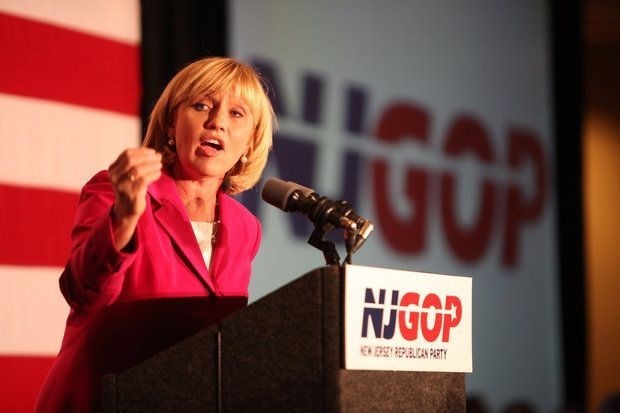