Theo tin No Labels on prnewswire.com

Meeting Comes on Heels of No Labels’ Successful Effort to Change House Rules to Clear Way for More Bipartisan Legislation WASHINGTON, Nov. 30, 2018 /PRNewswire/ — On Monday, December 3, Panera Bread Founder and Chairman Ron Shaich will headline a No Labels town hall meeting in Manchester, New Hampshire with 250 citizens to discuss the outlines of No Labels’ Unity campaign. In this era of intense political tribalism, the Unity campaign will aim to rally public support for a policy platform and an approach to governing that can, and should, be embraced by both Democratic and Republican presidential candidates running in 2020. “As we look toward the 2020 presidential election, there appears to be no end in sight to our tribal politics and both sides appear to be gearing up for an ugly and divisive campaign,” said No Labels Co-Chair Joe Lieberman. “This is a surefire recipe for everything in our politics to get worse. There is only one way out of this endless cycle of overreach and retribution and that is presidential candidates who pledge—in words and through policy commitments—to uniting the country.” No Labels believes there is an opening and urgency for leaders to commit to national unity. The New Hampshire event will come just a week after the successful culmination of a nine-month No Labels campaign to reform the House rules, when presumptive House Speaker Nancy Pelosi agreed to several of the key changes requested by the No Labels-inspired Problem Solvers Caucus. The specific platform for the Unity campaign is still to be determined, and a key aim of Monday’s event is to hear directly from citizens about the issues they care about most and where they see openings for the parties to come together on common ground. Ron Shaich, a longtime supporter of No Labels, will be joined on stage by No Labels Co-Founder Bill Galston and Chief Strategist Ryan Clancy to frame the challenges and highlight steps presidential candidates could take to promote national unity, including a bipartisan cabinet and concrete commitments to deal with issues like infrastructure, education, immigration, the deficit, and securing America’s social safety net in a bipartisan way. “I am excited to be a part of this event and, above all, to listen to what the people of New Hampshire have to say,” said Shaich. “It is early in the process, and we don’t yet know exactly what form a Unity campaign can take. But we do know it is essential. We do know that two years of Democratic and Republican presidential candidates denouncing and destroying one another will only worsen the divide in our country and make it even harder to solve our common challenges. We know that a presidential candidate who unites America around our common interests is what we need and what the American people want.” Monday’s event in New Hampshire is the kickoff to a year-long effort in which No Labels will organize citizens behind the Unity campaign. The effort will culminate on November 3, 2019, when 2,000 New Hampshire voters gather to meet presidential candidates from both parties. No Labels is a bipartisan political reform group working to unite the country and bring our leaders together to solve our toughest problems. SOURCE No Labels Related Links http://www.nolabels.org 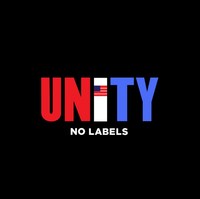