93% of Primary Bill Sponsors Won Primaries; 99% Won General Election WASHINGTON, Dec. 20, 2018 /PRNewswire/ — Contrary to conventional political wisdom, it is politically safe to sponsor legislation to authorize medical aid in dying as an end-of-life care option and run for re-election, concludes a detailed state-by-state election analysis by Compassion & Choices. Kim Callinan, CEO, Compassion & Choices Kim Callinan, CEO, Compassion & Choices In 2017 and 2018, 127 state legislators served as primary sponsors of medical aid-in-dying bills introduced in 28 states, according to the report. The vast majority of the 90 primary bill sponsors who ran for re-election in 2018 won: Bill sponsors had a 93-percent re-election rate in the primary (83 out of 90) and a 99-percent re-election rate in the general election (82 out of 83). “These results may surprise political pundits who think this issue is controversial, but not us, because polling shows the vast majority of Americans across the political, racial and religious spectrum want the option of medical aid in dying to ensure they can die peacefully,” said Kim Callinan, CEO of Compassion & Choices, which advocates for medical aid-in-dying laws across the country. “Given this widespread public support for medical aid in dying, we expect more and more state legislators will respond to the preferences of their constituents and advance legislation to authorize this compassionate end-of-life care option in 2019 and beyond.” Four new jurisdictions have authorized medical aid in dying in just the last three years: California in 2015, Colorado in 2016, Washington, D.C., in 2017 and Hawai’i in 2018. It took 19 years for the first four states to authorize this option: Oregon in 1994, Washington in 2008, Montana in 2009 and Vermont in 2013, so the movement’s recent momentum is self-evident. Voters elected or re-elected at least six governors in 2018 who publicly supported medical aid in dying: Gavin Newsom in California, David Ige in Hawai’i, J.B. Pritzker in Illinois, Gretchen Whitmer in Michigan, Michelle Lujan Grisham in New Mexico and Kate Brown in Oregon. Gubernatorial support is important because governors have the power to veto medical aid-in-dying bills and to veto bills to weaken medical aid-in-dying laws or repeal them. “Oregonians spoke loud and clear when they passed the nation’s first medical aid-in-dying law in 1994. It has contributed to Oregon’s status as a leader in hospice and palliative care, and as governor, I work to uphold the will of our voters and would oppose efforts to repeal this law,” read an email statement on Dec. 4, 2018, from Governor Kate Brown’s Press Secretary Kate Kondayen. The full report, “2017-2018 Elections & Medical Aid in Dying: A Politically Safe Issue to Run On,” including a detailed, state-by-state analysis and quotes by other gubernatorial candidates who publicly support this issue is available at bit.ly/AidInDyingElectionAnalysis. ABOUT COMPASSION & CHOICES: Compassion & Choices is the nation’s oldest and largest nonprofit organization working to improve and expand healthcare options for the end of life, with 450,000 volunteers nationwide. For more information, visit CompassionAndChoices.org Media Contact: Sean Crowley, 202-495-8520-c, scrowley@compassionandchoices.org Latino Media Contact: Patricia A. González-Portillo, 323-819-0310-c, pportillo@compassionandchoices.org SOURCE Compassion & Choices Related Links http://CompassionAndChoices.org 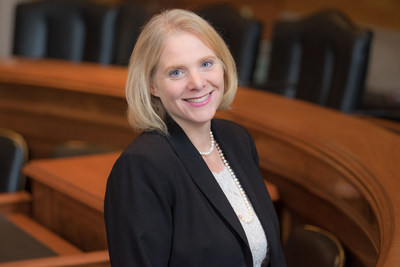