This Tuesday, most former felons in Florida can register to vote. PALM BEACH, Fla., Jan. 8, 2019 /PRNewswire/ — Tuesday, January 8, 2019 will mark a Historic Day for those citizens of Florida who are ex-felons and can now register to vote in Florida with the passage of Amendment Four. With the passage of the First Step Act, Second Chance Voters are now going to be developing “The Next Step Act” to enhance the vision of the bi-partisan First Step Act. The Next Step Act will focus on working with national, state and local leaders in politics, law enforcement, corrections and community-based workforce development to implement real and effective change in the Criminal Justice System. Florida’s Second Chance Voters – President Stephen Nodine Florida’s Second Chance Voters – President Stephen Nodine Second Chance Voters is led by Stephen Nodine. Nodine, who can vote again thanks to Florida voters’ recent approval of Amendment 4, has a renewed political purpose. Whatever opinion people might have about ex-cons, he said, he’s looking to shake things up in positive ways. Stephen has been active in politics for most of his career serving Former Attorney General Sessions, Senator Richard Shelby and three Republican Presidents (Reagan, Bush and Bush). As a long-tenured City Councilman in Mobile, Alabama, Stephen was at the forefront of the battle to give rights to ex-offenders. He was instrumental in creating programs which offered job training, boot camp training and incentives to juvenile offenders. Nodine adds personal experience to his qualifications. He is an ex-felon, who served his time and probation. The former Commissioner has moved back to Florida. As a Republican, he believes that the opioid abuse epidemic, among other factors, has “flipped the demographic” of the prison population, putting in more people in conservative middle- and working-class norms who have fallen into addiction. He states that, “Voting is one of the most sacred and valuable rights you have as an American; a population of voters have a second chance to contribute to our communities through voting and getting re-involved in the political process,” says Nodine. Second Chance Voters is working to reduce the stigma of the ex-felon label, as that designation holds back many individuals from being productive citizens as they attempt to move forward with their lives after serving their debt to society. They will be implementing plans to not only register ex-felons across the country to exercise their right to vote, but also assist them in finding job opportunities and providing job skills training. These elements are important parts of helping them regain their ability to support themselves and their families. Second Chance Voters believes that every citizen has the right to cast their important vote. The ability to vote is a fundamental right in this country and Second Chance Voters believes that taking that right away significantly harms the ex-offender and his/her family. The connection to the voting process and ongoing involvement with political decision-making provide a stronger sense of empowerment to these individuals who have been previously disenfranchised. For more information about Second Chance Voters, visit: www.SecondChanceVoters.org. Media Contact: Karyn Turk, TLG MEDIA Phone: 251-654-6536 Email: 207296@email4pr.com Facebook: FloridaSecondChanceVoters Twitter: SecondChanceVoters Instagram: SecondChanceVoters SOURCE Florida’s Second Chance Voters Related Links http://www.SecondChanceVoters.org 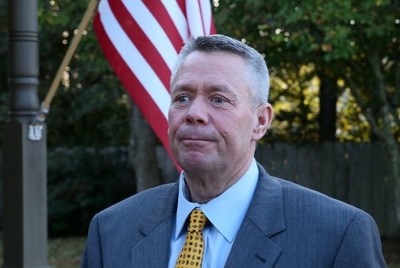