ST. PAUL, MINN. (PRWEB) APRIL 12, 2019
Hamline University professor David Schultz, noted expert on American politics and author of Presidential Swing States, argues in a recent Blog that Minnesota is a potential 2020 presidential swing state and that is why it makes sense for Donald Trump to visit the state on April 15.
In a recent Blog entitled “Trump Visits Minnesota: Can he win the state in 2020?” Schultz contends that there are many signs that Hillary Clinton’s narrow victory in 2016 over Donald Trump in Minnesota was not necessarily a fluke. “Minnesota is the most reliable Democratic Party state in the country, with Nixon in 1972 the last time a Republican presidential candidate won the state. However, much in the same way that Donald Trump wrestled much of the Midwest from the Democrats in 2016, he could do the same to Minnesota in 2020,” according to Schultz.
The Hamline University professor describes in his Blog and in his book several factors suggesting Minnesota is becoming a swing state, despite recent Democratic Party gains. Minnesota is the only state in the nation with split partisan control of its legislature, and recent voting patterns in the state suggest a sizeable electorate open to Trump’s message, especially in rural and non-metro parts.
“There are many themes, including immigration and manufacturing that appeal to Minnesotans, and it is not a pipedream that Trump could be competitive in this state in 2020. Even if he cannot win Minnesota, forcing Democrats to expend resources to defend a reliable state for them means money and time not expended elsewhere in 2020. Trump visiting Minnesota is strategically smart,” says Schultz.
David Schultz is a professor of political science at Hamline University. He has taught classes on American government and constitutional law for nearly 30 years. A three-time Fulbright scholar and winner of the Leslie A. Whittington national award for excellence in public affairs teaching, David Schultz is the author and editor of 35 books and 200 articles on American politics and law, including Presidential Swing States 2e.
–End– 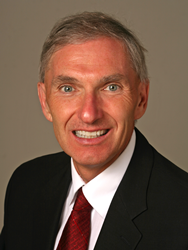