WEST CHESTER, PA. (PRWEB) MAY 07, 2019
Chester County public defender and longtime West Goshen resident, P.J. Redmond, announced his intentions to replace retiring Magisterial District Judge, William Kraut for District Court 15-3-02. The court includes the Chester County townships of West Goshen, Westtown and Thornbury. District Courts handle small civil claims, traffic cases, landlord/tenant suits, initial bail hearings and preliminary hearings.
“I’m running to continue my lifelong service to our community. I’ve spent all my working life in this town and my intentions are to serve with honesty, respect and integrity,” said Redmond. “As a lawyer with 30 years of experience litigating cases and negotiating solutions in our community, I understand the inner workings of the Magisterial District Court and am well equipped to serve our residents.”
After graduating from Salesianum, Redmond earned his undergraduate and Juris Doctorate degrees from Villanova University. He was a partner with a private law firm then shifted his work to serve indigent clients as a Public Defender. When P.J. isn’t in court or visiting the county jail, he dedicates his time as a Scoutmaster for the Boy Scouts of America and volunteers with the Saint Agnes School in West Chester Borough. He accounts his experience at every level of Court and his volunteer service to understanding the values of service and giving-back to the West Chester community. He was raised in West Goshen off Boot Road and now resides in the Caswallen development in West Goshen with his wife, their two sons and two dogs.
With lifelong roots in the area, Redmond has gathered support from both Republican and Democrat voters who understand his qualifications for District Judge. In Pennsylvania, the positions of Magisterial District Judge and School Board are the only elected positions where candidates may cross-file with both parties. “There isn’t a more qualified and experienced candidate for judge than P.J. Redmond. Anyone who has met P.J. knows that he will be a humble judge with vast knowledge for the position,” stated Robyn Cahill, registered Republican from West Goshen. Due to Redmond cross-filing with enough petition signatures from both Republicans and Democrats, the registered Republican will appear on both ballots on May 21st. “I’ve known P.J. for over a decade and I cannot think of a better person to serve as our next judge. It’s not about politics with P.J.; he’s an honest and straightforward guy who cares about all types of people in our community,” said Jose Mestre, registered Democrat from West Goshen.
“District Judge is not and should not be a political position. I vow to the serve all residents equally and to continue my service to the community in a wider way by serving as the District Judge. My career has enabled me to understand the importance of respect to every person in a case. I’ll continue that, and promise honesty and integrity as I campaign toward November’s election. Our team of volunteers is composed of both Democrats and Republicans; they know I’ve worked hard here all my career and am well qualified by that experience, ” said Redmond. Residents of Westtown, West Goshen and Thornbury are encouraged to learn more at
https://www.PJforDJ.com 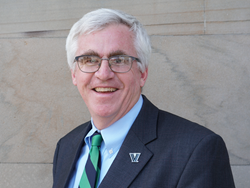