Most respondents wish to “reform or replace” U.S. voting system

NEW YORK, June 6, 2019 /PRNewswire/ — Today, Every Vote Counts (EVC)—a student-led, nonpartisan organization dedicated to increasing voter turnout and expanding voter access nationwide—released a new survey of young Americans, capturing their thoughts on the U.S. voting system. The poll revealed general discontent with the status quo, including opposition to voter suppression and a demand for greater civic education at high schools, colleges, and universities.
Surveying Americans aged 18 to 34, EVC found that more than 60 percent of respondents are at least somewhat “concerned about voter suppression,” with over 30 percent claiming to be “very concerned.” Even more respondents (65.2 percent) believe that “high schools, colleges, and universities should prepare students to be voters”—including over 70 percent of the 18-24 age group—which signals a dire need for expanded civic education. Overall, more than 60 percent of young Americans surveyed wish to “reform or replace” the current voting system.
To analyze these and other key takeaways, the poll results can be accessed here.
“What’s clear is that young Americans are not satisfied with the status quo, and they demand change,” said EVC Program Director Campbell Streator. “With concerns about the rise in voter suppression and the general void in civic eduction, young Americans demand a healthier, fairer democracy for their country. Based on our survey, we hope to start shifting the narrative that young Americans don’t care about these issues, and that elected officials will take notice and do their part to strengthen our democratic institutions for decades to come.”
SOURCE Every Vote Counts 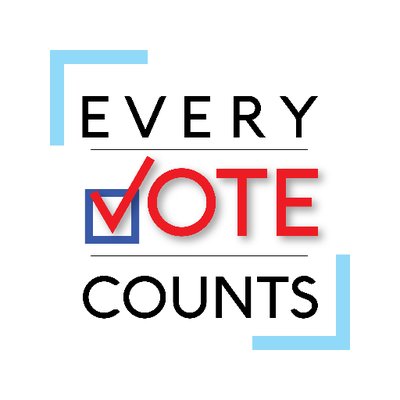