LOS ANGELES, July 5, 2020 /PRNewswire/ — On July 4, 2020, BROCK PIERCE announced his candidacy for President of the United States, running as an Independent in the November 3, 2020 Presidential election. Pierce, born and raised in Minnesota, was a child actor who became an entrepreneur at a very early age, then later became a well-recognized figure in technology and cryptocurrency. A staunch supporter of entrepreneurs and small businesses, he understands what it takes to build a business from the ground up. Pierce is campaigning on a vision for a brighter future for Americans after the challenging 2020 by pioneering and implementing 21st century technology practices that will enable Americans to lead more prosperous lives. He leads his campaign with IT GETS BETTER FROM HERE.
(PRNewsfoto/Brock Pierce for President)
(PRNewsfoto/Brock Pierce for President)
“I’ve spent my life creating great things from nothing and I can help others do the same,” Pierce said. “Entrepreneurs are essential to the rebuilding of this nation that we love, and I’m running in this race because I know that together we can help build a pathway towards the rebirth of the America we love so much.”
About Brock Pierce:
Brock Pierce is a job creator, entrepreneur and venture capitalist with a proven track record of founding disruptive businesses. He’s been credited with pioneering the market for digital currency and has raised more than $5 billion for companies he has founded. Pierce is the Chairman of the Bitcoin Foundation and co-founder of EOS Alliance, Blockchain Capital, Tether, and Mastercoin (first ICO).
Upon moving to Puerto Rico in 2017, he immediately prioritized philanthropic efforts after seeing the devastation Hurricane Maria left behind. He is the Chairman of The Integro Foundation, a Puerto Rico based not-for-profit organization, which provides philanthropic resources to Puerto Rico, Caribbean Islands, and the Amazon rainforest, with programs designed to revive areas in critical need and empower humans, plants, animals and resources. Integro* provides urgent relief during times of crisis, working with vetted local charities, organizations and government agencies to deploy resources efficiently, with fully accountable donations.
Pierce is known as one of the leaders of digital currency. He is the founder of IMI Exchange, the world’s leading digital currency marketplace for games, with annual sales exceeding $1B. He founded IGE, the pioneer of digital currency in online games, achieving revenues exceeding $100 million in 2006 and sold in 2007. Pierce is also a co-founder of D10e, GoCoin, Blade Payments, Five Delta (soldNASDAQ: SRAX), Xfire 2.0, Playsino, Evertune, GamesTV, and D.E.N. He also advises for companies like Airswap, Bancor, BitGo, BitGuild, BlockV, Bloq, DNA, Element Group, Metronome, Shyft, tZERO, and ODX.
Pierce is a frequent lecturer at Singularity University and has spoken at the Milken Global Conference, Mobile World Congress, Wired, INK, Stanford University, USC, and UCLA.
He has been featured in numerous publications including The New York Times, Forbes, The London Times, Fortune, Wired, and Rolling Stone.
For more information about Brock Pierce, please visit www.brockpierce2020.com #brockthevote
*Integro Foundation, Inc. does not directly or indirectly, participate or intervene in any political activity; therefore, Integro Foundation will never endorse, support, or oppose any candidates for pubic office.
Press Contact:
BROCKPIERCE2020.COM
IT GETS BETTER FROM HERE
SOURCE Brock Pierce for President
Related Links
https://www.brockpierce2020.com 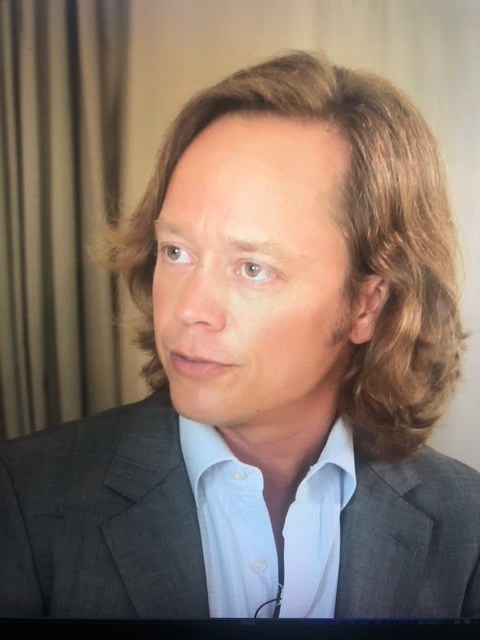