Skip to content
<![CDATA[]]>
Media Release Tuesday, March 31, 2015 For Immediate Release Contact: Margaret Kurtz Telephone: 229-6993 Las Vegas Residents Urged To Vote In City Primary Election April 7 Polls Will Be Open 7 A.M. To 7 P.M. City of Las Vegas registered voters are urged to cast their ballots in the upcoming city Primary Election Tuesday, April 7. Polls open at 7 a.m. and close at 7 p.m. Mailed or dropped off absentee ballots must be received by the City Clerk before 7 p.m. on Primary Election Day in order to be counted. Two additional Clark County elections offices also will receive absentee ballots on Primary Election Day: Clark County Election Center, 965 Trade Drive, Suite A, North Las Vegas, 7 a.m. to 7 p.m.; and Clark County Election Department, 500 S. Grand Central Parkway, Las Vegas, 8 a.m. to 5 p.m. On Primary Election Day, residents living in Wards 1, 3 and 5 can vote for a City Council candidate who would represent their areas. All city of Las Vegas registered voters will have the opportunity to vote for mayor as well as a Municipal Court judge for department 1. Early voting for the Primary Election will end Friday, April 3. Some seats may be decided in the Primary Election. According to the Las Vegas City Charter, if one candidate receives 50 percent plus one of the votes cast during the Primary Election, he or she must be declared elected. No General City Election will be held for that office. However, if no candidate is declared elected in the Primary Election, the names of the two candidates receiving the highest number of votes are placed on the ballot for the General Election. The General Election is scheduled for June 2. Voters should check their sample ballots for their designated polling location, or call the Clark County Registrar of Voters at 455-VOTE (8683) to learn their designated polling location. Voters also can look up their polling place location using the Registered Voter Services option on the Clark County election website. Once polls close at 7 p.m., ongoing election results will be posted on the Clark County election website, www.clarkcountynv.gov/depts/election/pages/default.aspx, and on the city’s government-access television station, KCLV Cable Channel 2. Final results will be posted on the city website, www.lasvegasnevada.gov, April 8. KCLV is home to award-winning programming and is available through cable providers Cox Communications and CenturyLink, as well as on the city’s website, www.lasvegasnevada.gov/information/kclv.htm. KCLV can be viewed in HD on CenturyLink on Channel 1002. For more information, visit the city of Las Vegas election website at www.lasvegasnevada.gov/Elections/Election_2015.htm or contact the Las Vegas City Clerk at 702-229-6311, TTY 702-386-9108. -end 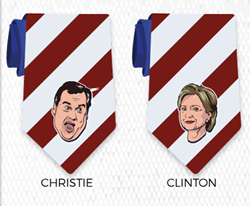