Skip to content
<![CDATA[]]>
Instead of political insiders appointing UTA board, Jonathan Johnson, Republican candidate for Utah Governor, proposes Utah voters elect UTA board. Johnson supports efforts to make agency more efficient with tax dollars to regain public trust. SALT LAKE CITY, UT (PRWEB) DECEMBER 03, 2015 Today, Jonathan Johnson, Republican candidate for Utah Governor, announced proposal to hold elections for Utah Transit Authority Board. He proposes Utah voters elect UTA board instead of political insiders appointing the UTA board. Johnson supports efforts to make the UTA more efficient with tax dollars to regain public trust. “Earning and keeping public trust must be a hallmark of government,” said Jonathan Johnson, Republican candidate for Utah Governor. “Each government agency must be a careful steward of taxpayer dollars. Public transportation is an important part of the community. But its leadership must use taxpayer dollars wisely as taxpayers pay nearly all of UTA’s infrastructure costs and upwards of 80% of its operating costs. It’s time to change how we decide who represents Utah’s taxpayers on the Utah Transit Authority’s Board of Trustees. Utah voters – not well-connected politicos and career politicians – should determine who represents us as taxpayers.” Jonathan Johnson proposes the following: Decrease the UTA Board of Trustees from sixteen members to nine. Have eight trustees elected by the public. Have each elected trustee be from a specifically defined district (e.g., two per congressional district, one for eight equally divided population areas within the UTA service area, etc.). Have one statewide trustee appointed by the governor and approved by the legislature. Each trustee serves only one six year term. Stagger the six year terms so three trustees are replaced every two years. “This plan will go a long way to restore public trust or, at the very least, hold the UTA Board of Trustees accountable to voters,” said Johnson. Through radio ads, social media and email, Johnson is encouraging Utah voters who support this reform, to add their name to a correlating petition on http://www.HireJJ.com. The general public may submit comments, suggestions and questions on this plan at http://www.HireJJ.com. 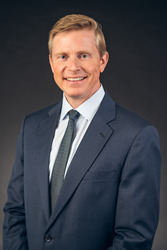