Darrell Castle says the Constitution is dying and will be dead in less the four months should either Hillary Clinton or Donald Trump be elected as President of the United States. He puts forth an outline of what must be done immediately by the American people to prevent the loss of the Constitution and the American Republic. GERMANTOWN, TENNESSEE (PRWEB) JULY 22, 2016 At this critical time in American history, Darrell Castle has released a special edition of the Castle Report podcast to explain why he has put aside his business and personal life to run for President, and why he feels it is so important that he win. Castle says, “Civilization itself is at risk. The civilization going back to the Magna Carta is at risk. Let’s say that the Magna Carta represents the rule of law before the Constitution was adopted. The concept that the law applies to all and that from the king to the average citizen, all are subject to it and no one, president or citizen is above it came from that document and was then enshrined in the Constitution.” He continues, “That concept of the rule of law, is dead or dying right now. That it is dead was made clear to us unequivocally by James Comey’s press conference about Mrs. Clinton’s email scandal. There are now two sets of laws; one for the elite and one for us. I would use my Presidency to re-establish respect for the rule of law. The Constitution itself is dying and will be dead in less than four months. Mrs. Clinton obviously has no respect for it and Mr. Trump apparently doesn’t even know what it is. He gives it no regard whatsoever and recognizes no limits on his power should he be elected.” Darrell Castle puts forth an outline of what must be done immediately by the American people in order to prevent the loss of the Constitution and the American Republic. Strict Adherence to the Constitution. The Constitution is the charter of liberty for the American Republic. It is much more than just a piece of paper or just a legal document. It is evidence of the grand design the founders left to America and it secures the rights that God granted to this people. Withdraw the United States from the United Nations. The very existence of the United Nations is an affront to liberty and human dignity. Many of the inherent rights in the United States Constitution are superseded by the United Nations Charter, including the right of self-defense. We must free ourselves from the notion that the U.N. is vital to U.S. interests. It is not. If the American people do not understand these things, then it is imperative that the people be educated on these issues. End the Federal Reserve System. Congress should immediately repeal the Federal Reserve Act. The country would then return to a traditional and sensible money system based on the gold standard, and where the U.S. Treasury would accept any major currency, including bitcoin, in payment for taxes. Private Property Rights. Across the nation communities are being pressured by federal agencies to accept grants for local sustainable projects that affect property rights and destroy local control. Agenda 21 and other Sustainable Development or Local Visioning programs should be stopped by withdrawing the federal government from such international and sovereignty destroying legislation. 100% Pro-Life. All funding for organizations which provide abortions, such as Planned Parenthood will be vetoed. The right of the States to make their own laws under the Tenth Amendment will be upheld. Congress should take away the Supreme Court’s jurisdiction over such matters. https://youtu.be/oDIiahus8OY 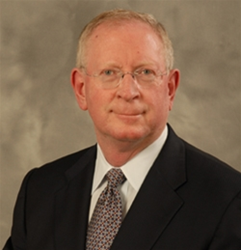