Ray Linsenmayer Candidate for PA-17 supports Assault Weapons Ban Legislation in Senate PITTSBURGH (PRWEB) MARCH 19, 2018 Ray Linsenmayer, a candidate for Congress in PA-17 today announced his support for gun violence prevention programs to end mass shootings and the thousands of anonymous gun deaths that happen every year. Ray is a strong advocate for the second amendment, and supports common-sense policies including those in the assault weapons ban legislation currently before the US Senate and supported by Sen. Bob Casey. His proposals include: Banning the sale of semiautomatic rifles with certain military-style features, like pistol grips, flash suppressors and pump action Banning the transfer, importation or use of magazines that hold more than 10 rounds of ammunition Mandating comprehensive background checks for all gun purchases including those made at gun shows, online or through private dealers Allowing and directing the Center for Disease Control and Prevention (CDC) and other relevant federal agencies to study gun violence Keeping guns out of the hands of criminals, domestic abusers, the mentally ill or people who are an extreme risk Supporting gun violence protective orders that allow families, household members and law enforcement officers to petition the court to remove a person’s access to guns if he or she poses an imminent danger Requiring the reporting of guns that are stolen Closing the boyfriend loophole that lets domestic abusers who are not married or have a child with their victim to still buy a gun Ray also supports the provisions of the Florida gun safety law that was recently signed by Governor Rick Scott. These include: Raising the age from 18 to 21 to purchase any rifles Banning bump stocks A 3-day waiting period, or until a background check is completed – whichever is longer – before a person can buy a gun In light of the mass shootings around the country that have killed 1,846 people and wounded 6,459 since Sandy Hook, and as a father of a two-year-old daughter, Ray feels it’s urgent that we discuss these weapons that routinely make their way into the hands of domestic abusers and school shooters. On average, around two women die a day in intimate partner gun related deaths and there is a moral imperative to keep weapons out of the hand of abusers. “We are at a point in time now where people all across the country know that we need these new laws and I am confident that Ray will work hard to execute on this agenda when he gets into Congress. He will be a representative of the people not a pawn of the NRA,” said Terry Hartnett, the former President of the Northern Virginia chapter of the Million Mom March and a Pittsburgh native. More information about Ray Linsenmayer’s candidacy can be found here: Website http://www.rayforpa.com/ Facebook https://www.facebook.com/rayforpa/ Introductory Video https://www.facebook.com/rayforpa/videos/253454205181780/ Click here to Donate and Support Common Sense Gun Safety Press Contact press(at)rayforpa.com 412-501-3867 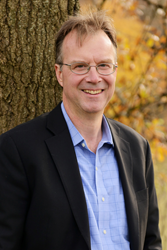