LOS ANGELES, Aug. 20, 2018 /PRNewswire/ — The second annual BAY IN LA kicks off WOKE UP, a celebrity-backed voter registration drive produced by Andre Farr International (AFI) and sponsored by Carnival Corporation PLC, the world’s largest leisure travel company. Celebrities, including Terry Crews (Brooklyn Nine-Nine), LisaRaye (Ballers), Aldis Hodge (Hidden Figures), Mitch Richmond (NBA Hall of Fame) and Keith David (Greenleaf), among others will register voters at Baldwin Hills Crenshaw Plaza on Sept. 1 from 1 p.m.- 4 p.m. Recognizing that U.S. voter turnout trails that of its peers and is lowest among minorities, Black Sports Agents Association CEO & Chairman Andre Farr is initiating the WOKE UP campaign to increase civic engagement and voter registration for all Americans—regardless of affiliation, gender, race or socioeconomic status. Capri Investment Group, the developer and manager of Baldwin Hills Crenshaw Plaza, is opening the mall for the kick-off of this significant effort. “With WOKE UP, we hope to reach out to Americans who feel powerless. It helps them truly understand that voting is power. Civic action is far more influential than simply complaining. A diverse democracy will provide a better indication of the true wants and needs of all Americans to our leaders,” Farr explains. “Voting is at the core of citizenship. At Capri, we seek to uplift and improve every community we invest in, and think there is no better way to accomplish this than by getting community residents involved in the electoral process. We believe this is the first and most fundamental building block towards revitalizing areas that have been disenfranchised and compromised through underinvestment,” Capri CEO & Chairman Quintin Primo says. “We’re launching WOKE UP at Baldwin Hills Crenshaw Plaza because it’s a vibrant part of an important and diverse community in South Los Angeles. We’re proud to be partnering with them,” Farr says. Celebrities attending BAY IN LA, an annual event centered on purpose-related civic engagement for Los Angeles and Bay-area influencers, and IntraLink Global, a digital and branding agency focused on purpose-driven brands, are also partnering with AFI on WOKE UP. About the participants: BAY IN LA brings together influencers in sports, entertainment, technology and business to further purpose-related civic engagement (@BAYINLAWEEKND, www.BAYINLA.com). Capri Investment Group is a global real estate investment manager specializing in urban markets. Andre Farr International is a market-leading lifestyle guide and curator of high-end events held at distinctive destinations for socioeconomic influencers in sports, entertainment and business. IntraLink Global helps clients engage, adapt and innovate by integrating brand strategy, content marketing, public relations and technology to focus on purpose and relevance. WOKE UP will encourage all Americans to get civically engaged and vote (www.WOKEUP.com, @WokeUpMvmt). “You’re not WOKE if you don’t VOTE!” Are you WOKE UP? Contact: Jay Brown, VP Andre Farr International 310-601-0395 Jay@AndreFarrIntl.com SOURCE Andre Farr International Related Links http://www.WOKEUP.com 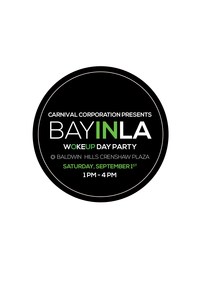