WESTPORT, Conn., Nov. 14, 2018 /PRNewswire/ — Westport RTM Member Greg Kraut today stated, “I urge all Democrat and Republican Leaders in Connecticut to allow unaffiliated voters to back their candidates. Never has there been such a need to have Open Primaries in Connecticut. Its time to allow the majority, which are the unaffiliated voters, to have a real voice for their candidates.” In Connecticut, 42% of voters are unaffiliated and it is the largest voting bloc. To vote in a primary, you must register with a party. Greg Kraut Greg Kraut “As somebody that is a moderate in a time of social media intolerance and hateful Washington rhetoric, I feel voting must be able to reflect our majority of citizens. Instead of being required to join an organization where people are unsure of the political beliefs of the candidates, we need to be able to exercise our right to vote in an open primary,” Kraut stated. “Many voters have expressed to me their dissatisfaction with both major parties and their candidates, either some were too right, or some were too left, and it would be beneficial to finally elect candidates that speak for the real majority,” Kraut said. About Greg Kraut Greg Kraut serves on the Westport RTM, representing District 5. As a member of the RTM, he serves on the Finance, Employee Compensation and Planning and Zoning Committees. Greg Kraut is the Managing Partner at KPG, a real estate management firm, where he oversees the strategic direction of the company, development, asset management and leasing. Before joining KPG, Mr. Kraut was the Founding Principal of Avison Young’s Tri-State office. During this time, he was named one of Commercial Observer’s Power 100 in New York City real estate for three consecutive years. Greg is married to Haley Kraut and has two sons, Charlie and Dillon, who attend Stepping Stones and Greens Farms Elementary School. Contact: Greg Kraut, 203-557-0995, gregkraut.com SOURCE Greg Kraut Related Links http://www.gregkraut.com 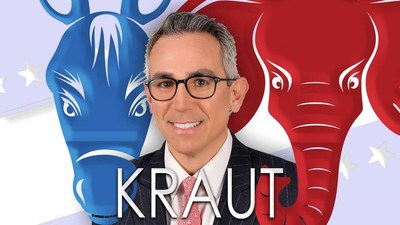