SAN DIEGO, May 22, 2019 /PRNewswire/ — One America News Network (“OAN”) announced today continued strong ratings as the 2020 Presidential Election season begins to reach top-of-mind awareness with television viewers. In a relatively short period, One America News Network, which launched its 24/7 cable news network on July 4, 2013, has established itself as a reliable source of national and international news with viewers across our nation. Network founder and CEO, Robert Herring, Sr. released the following statement:

Herring Networks, Inc. relies on a custom Comscore measurement solution powered by TV viewing from one MVPD partner across 70 U.S. markets. We have been working with Comscore since 2009 and believe its data is the most accurate in our industry, as it uses set-top box data, not sampling. In March 2019, Comscore data shows that of the networks categorized exclusively as Cable, News/ Business/ Info networks, OAN ranked as the fourth-highest service in that genre, behind Fox News Channel, MSNBC, and CNN. OAN outperformed CNN Headline News, Fox Business Channel, CNBC, BBC World News, Fusion, Bloomberg and others, per the same March 2019 data. Also, for the March 2019 period, OAN outranked SyFy, Animal Planet, Nat Geo, Travel, and other well-established channels. Excluding all Broadcast channels, OAN ranked as the 40th national cable channel in March 2019 for the one MVPD included in the custom measurement. These custom rankings will vary from Comscore’s syndicated TV Essentials rankings, which cover Comscore’s full set-top box measurement in over 30MM households and 210 local markets.

The debut episode can be watched in its entirety at: https://www.oann.com/headlinestonight/

About Headlines Tonight with Drew Berquist

About One America News Network 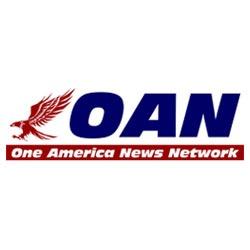