NEW YORK, Aug. 27, 2019 /PRNewswire/ — Robert Ardini is running for the 2020 Republican Presidential Nomination. He’s already been seen campaigning in Iowa, and has a plethora of speaking engagements this fall in all of the early Primary or Caucus states. He’s secured ballot access. His campaign website is fully up and running. And a Google search of his name will bring up a large number of results.

So why haven’t you heard of him? According to Ardini, “I can’t expect the media to pay attention to me until I first make a decent showing in one or more of the early Primary or Caucus states. In other words, I first need to be perceived as a threat to the President.”

Ardini is no stranger to national campaigns. In 2016, he was the Republican Nominee for Congress in a very high-profile District – Donald Trump’s District. He didn’t win in heavy-Democrat New York, but he did rack up an impressive 50,000 votes.

When asked why he wants to be President, Ardini points out that, as a result of his Congressional run, he developed bipartisan solutions to the nation’s most pressing problems ­— solutions which differ from the President’s — and running for President is the best way he knows how to shed light on these solutions. All of those solutions are detailed on his campaign website www.robertardini.com.

The national debt is Ardini’s #1 campaign issue. He stresses that it is the greatest threat to our country because, if we’re ever attacked on the homeland, we might not be able to afford to defend ourselves. He added “we just can’t keep printing money because, every time we do, we devalue every existing dollar; and, we can’t keep borrowing from China and other countries because that put us in a compromised position.”

Ardini is well-aware that his odds of winning the nomination are slim. His response to that is two-fold. First, he points out that he is Roman Catholic – so he believes in miracles. Then he adds that just like the lottery, “you have to be in it to win it.” 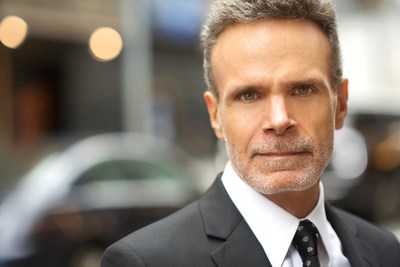