Theo Thăm dò ý kiến của Emerson College trong tháng 8 năm 2019 thì sự hỗ trợ của cử tri cho Sanders Đóng khoảng cách với Biden và hỗ trợ của cử tri cho Thị trưởng Pete giảm August National Poll: Sanders Closing Gap with Biden; Mayor Pete Fades In the latest Emerson national poll, former VP Joe Biden continues to lead the Democratic primary at 31%, similar to the numbers found in both of Emerson’s July national polls. Sen. Bernie Sanders gained some ground from the previous poll, with his numbers up for the second time in a row from 20% to 24%. Sen. Elizabeth Warren holds at 15% and Sen. Kamala Harris is at 10%. No other candidate clears 4%. Data was collected August 24-26, n=627, +/-3.9%. Spencer Kimball, Director of Emerson Polling, points out that “Mayor Pete Buttigieg has seen his poll numbers drop all summer and is now at 3%, behind Andrew Yang who is at 4%. Mayor Pete has raised enough money to stay in the race for now but will need a strong debate performance to remain relevant.” There continues to be a large age divide in the democratic primary with Sanders receiving 36% support of those under the age of 50 compared to 11% support among those 50 and over. Biden, on the other hand, has the support of 21% of those under 50 and 44% of those 50 and over. Warren’s support is more consistent as she is at 14% with voters under 50 and 17% with voters 50 and over. And Harris is at 8% among under 50 year olds and 12% among those 50 and up. Sanders’ support also disproportionately comes from those making less than $100,000 a year as he has the support of 38% of voters whose household income is under $50,000 a year and 22% support of those who make between $50,000 and $100,000 a year. Sanders receives just 6% support of those who make over $100,000 a year. Biden and Warren’s support is much more evenly spread out between the income brackets. Democratic primary voters appear to be locking in their choices, with 50% saying they will definitely vote for the candidate they’ve chosen at this time, up from 41% who were decided in early July. Biden and Sanders have the most loyal supporters, with 63% and 62% of their supporters indicating they are sticking with their candidate. Additionally, 45% of Warren supporters and 39% of Harris supporters say they will stick with their choice. Presidents Trump’s approval has dropped a point to 43%. His disapproval rating has risen 6 points from the last Emerson poll in July to 52%, his highest disapproval rating since January’s national poll. However, despite this, he continues to lead his potential GOP opponent, former MA Gov. Bill Weld 84% to 16%. (n=558, +/-4.1%) In five hypothetical general election match-ups, Trump trails Biden, but is in a statistical dead heat with the four other leading Democratic candidates. Issues The most important issue for voters in determining their vote remains the economy at 26%, followed by health care at 20%, immigration at 14% and the environment at 11%. The least important issues included social issues at 8%, foreign policy/terrorism at 7%, impeachment and gun policy both at 5%, and education at 4%. Among Democrats, the most important issue is healthcare (28%), followed by the environment (17%), and the economy (14%). Among Republicans, the most important issue is the economy (37%), followed by immigration (21%), and foreign policy and terrorism (10%). Regarding the environment, voters were asked of the importance of a Presidential candidate prioritizing combating climate change. 69% said the issue was very or somewhat important to them, while 31% said it was not that important or not at all important to them. Among Democratic primary voters, 87% said that it was either very important or somewhat important compared to just 50% of Republican primary voters who said the same. The party gap between those who said it was very important is even greater as 59% of Democratic primary voters said it was very important and only 18% of Republican primary voters said that it was very important to them. Spencer Kimball, Director of Emerson Polling, said “while nearly 7 in 10 people said combating climate change was a priority, only about 1 in 10 said it was the most important issue in determining who they will vote for. This might explain why Gov. Jay Inslee’s environmental message was unable to gain traction on the campaign trail in 2020.” Last week, Representative Alexandria Ocasio-Cortez suggested the Electoral College should be replaced, and voters appear split on whether the Electoral College is a fair process to elect the President. Forty-five percent (45%) say it is a fair process, 38% say it is not, and 17% were undecided. Fifty-nine percent (59%) of Democratic Primary voters, say the Electoral College is not a fair process and 19% say it is, compared to 71% of Republican Primary voters who say it is a fair process to elect the president and 17% say it is not. Voters are split regarding the cause of death of Billionaire convicted sex offender Jeffrey Epstein: 34% believe he was murdered, 33% believe he committed suicide, and 32% are unsure. Party affiliation has a strong impact on what voters believe on this issue, as 46% of Republicans say it was murder vs. 26% say it was suicide. Among Democrats, 38% say it was suicide as compared to 26%b who believe he was murdered. Of Independents, 31% believe he was murdered, 37% believe he committed suicide, and 33% are unsure. Regarding QANON, a far-right conspiracy theory detailing a supposed secret plot by an alleged “deep state” against U.S. President Donald Trump and his supporters, 5% of voters believe in QANON, while 22% do not. 73% were unsure or had not heard of QANON. 6% of both Democrats and Republicans say that they are believers in QANON as compared to 2% of Independents. 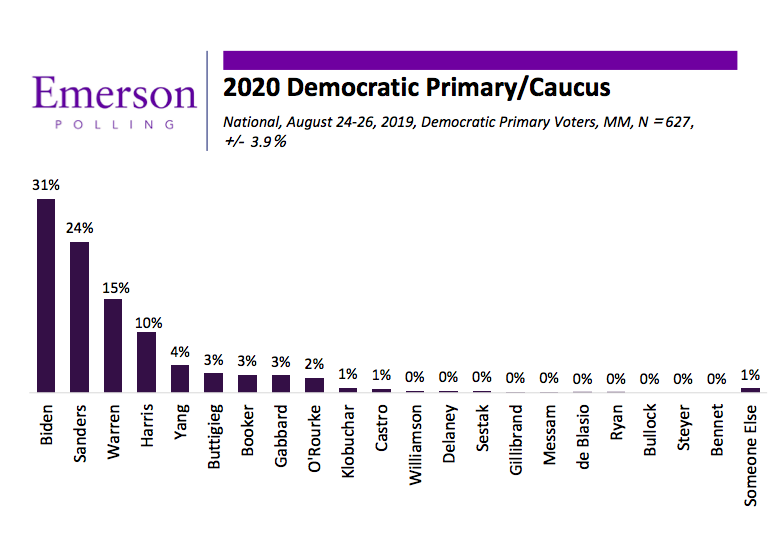 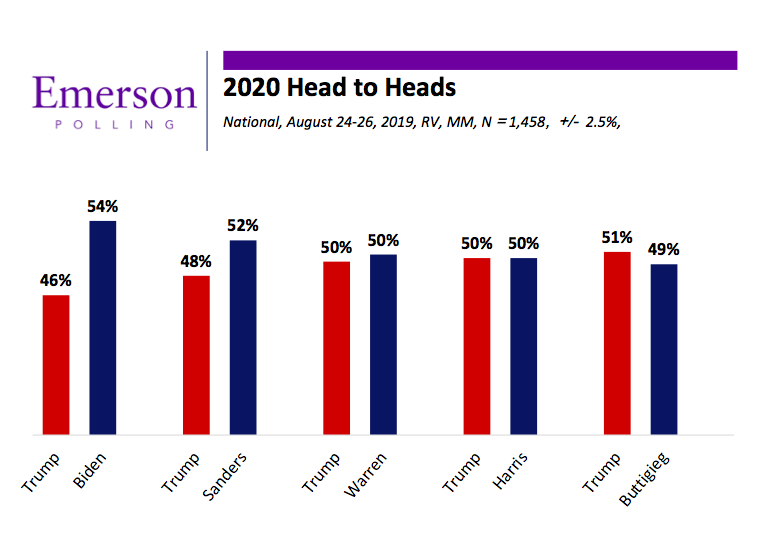